Asylum seeking in the South Pacific: Perspectives on the case of Manus Island 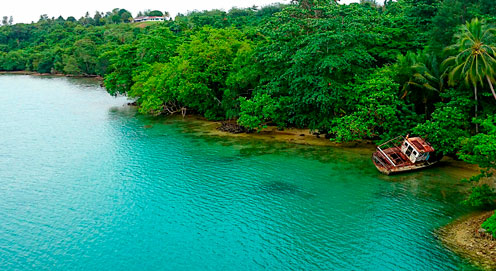 In this public lecture the case of Manus Island will be adressed from different perspectives.

Stories of the treatment of asylum seekers at the Manus Island Regional Processing Centre in Papua New Guinea has attracted much international attention, yet there has been little analysis of its local and transnational impact. Steffen Dalsgaard, Ass. Professor, ITU will introduce the historical and local aspects of the location of the Centre. The presentation will focus on repercussions for the communities on Manus Island, domestic affairs in Papua New Guinea, and on the relationship between Papua New Guinea and Australia, as a contextualization for the following presentations:

Dispossession and Disappearance in the Post Sovereign Pacific: The Regional Resettlement Agreement between Australia and Papua New Guinea, an ethnography of loss

Old Savage, New Savage: The Denial of Human Dignity in the Age of Human Rights

Australia's detention and exile of refugees on Manus Island, Papua New Guinea (PNG) is part of a worldwide abandonment of the obligation to provide humanitarian protection for displaced people and a refusal to recognize universal human dignity. While human rights institutions and instruments are rooted in the concept of human dignity, in practice, the denial of human rights protections are rooted in the denial of human equality. Australia's exile of of refugees to PNG (the so-called "Papua New Guinea Solution") requires it to deny human equality for both refugees and Papua New Guineas alike. Globally, migrantsare the new "savages" who, like previous iterations of the savage, serve to define and validate western subjects. Today, moral panics regarding migrants confirm the value of western citizenship despite neoliberal austerity and anti-democratic socio-economic inequality by ostensibly demonstrating the value of the societies, migrants seek to enter. Conversely, this characterization of migrants as threatening savages demeans any society deemed as an appropriate place to site them. In the case of PNG, this is done by mobilizing the old savage slot and characterizing the nation as a backwards and underdeveloped state that should be grateful for whatever aid it receives from its former colonial master. This paper examines the denial of human dignity in current immigration policies by closely examining the implementation and effects of the Australia's PNG Solution.

See map of all UCPH campuses.