The 'innocence' of the "Children of the Caliphate"

The issue of the so-called ‘returnees’, i.e. European Fighters who have joined militias in the Middle-East in the aftermaths of the Arab Spring, belongs to one of the most controversial issues in the current political debates. Even more controversial, is the status of their children. About five hundred children of Western-European fighters (France, Belgium, the Netherlands) are believed to be in the region wave and the European states have been divided as to which policy to adopt towards these children.  Focussing on the case of Belgium, this paper takes off from the case of those who have been coined “the Children of the Caliphate” (van der Heide & Geenen 2017) to inquire into the ways in which international law, childhood protection, radicalisation, counter-terrorism measures and national rights become redefined and their effects on the determination of one’s legal agency, national belonging and even humanity. More particularly, I seek to understand how the question of the children sheds a particular light over the way in which the question of the state of exception comes to work, in particular within the domain of terrorism and counter-terrorism. Drawing on Arendt’s work, I want to suggest that it is precisely this condition of ‘innocence’, understood as the “complete lack of responsibility” (Arendt: 295), that enables the deployment of a politics of negligence, yet which is being challenged by a humanitarian ethos and policy. Ultimately, this presentation seeks to inquire into the status of the child of the enemy within the political body, and how the dispositif of radicalisation and the war on terror conditions and structures what counts as a valuable life. 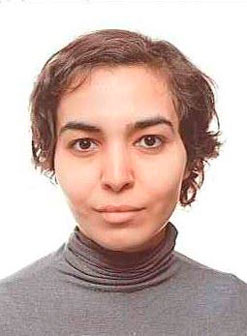 See map of all UCPH campuses.